A day in the life of a diocesan seminarian 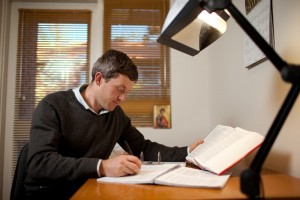 People often ask me about what modern seminary training entails. The answer is complex, having been recently ordained, I have been able to reflect on the formation I received over the past five and a half years, and how it has equipped me for my future ministry.

As set out in Pastores Dabo Vobis the four pillars of priestly formation are Human, Spiritual, Academic, and Pastoral. There are numerous documents and commentaries on the meaning and extent of these areas of formation but I think it best to simply describe what is done at the Seminary of the Good Shepherd (SGS) in Homebush to fulfil these requirements. 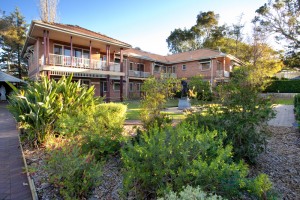 Human formation is the basis of all priestly formation. The priestly requirements of education, holiness, and pastoral know-how, are inhibited if a man does not also have the qualities of an upstanding citizen, with a life in order, and adaptability to changing social circumstances.

Most of the human formation occurs in the seminary itself. There is particular attention paid to psycho-sexual development, and this is dealt with through seminar classes run by a psychologist with appropriate texts, where there is open discussion about sexual maturity, issues around celibacy, and human relations. For more personal matters including issues with family of origin, the psychologist will often meet with a student one on one. 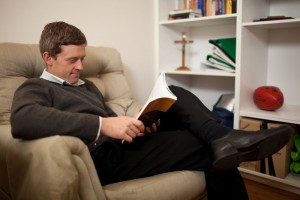 Other aspects of human formation include the activities of everyday life. Cleaning, washing, cooking, personal hygiene, manners, health, etc, and all the qualities required in any adaptable and truly human citizen, are addressed at the seminary. In fact while there are rules for conduct in the seminary, it is the fraternal correction by fellow seminarians which probably achieves these aspects of human formation the most. Lunch and dinner throughout the week are prepared by employed cooks because the practicalities of food ordering and preparation for around 40 people requires professionals. However, the seminarians wash-up.

There is attention paid to the students living a balanced life. All work and no play makes very dull future priests. Saturday is a day off from the seminary to engage in healthy activities. I personally like to get out in the natural world and among the mountains, but others enjoy less strenuous hobbies.
Academic formation is of a foundational nature, giving a student the ability to read and understand theological writings, and do further studies later if required. Studies in philosophy is given significant attention in the early years, while biblical studies, theology (fundamental, moral, sacramental, etc), canon law, and a range of other topics, are dealt with later. Sometimes people will be surprised when they find out we haven’t studied a particular topic in depth, for instance Catholic bioethics of emerging technologies, or something much more obscure, but the reality is time spent in the seminary is time not spent directly serving the people of God. The aim is to provide a foundation upon which a young priest can build knowledge. A good analogy to describe the training of a diocesan priest is to that of the training for medical doctors: diocesan priests need to be general practitioners rather than specialists. 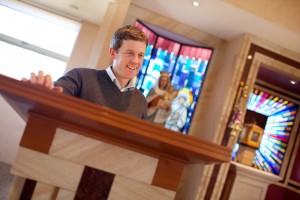 The centre of the spiritual formation is the daily communal prayer in the seminary. An average day involves Morning Prayer of the Divine Office (psalms) at 7am, then a short time of meditation before Mass. The Angelus is said before lunch and at 5pm we gather for Evening Prayer and Holy Hour. At 9pm we gather for the Examen Prayer, which is best described as an examination of where God has been in your life throughout the day, followed by Night Prayer. This adds up to around two and a half hours of prayer each day, with many students doing extra personal prayer in the form of the Rosary or other devotions. The objective of this pattern of prayer is to build a heart-to-heart relationship with Jesus.

The pastoral formation comes in the form of weekly work of outreach programs to the poor, teaching religion in schools, and for the more senior students, part-time hospital chaplaincy, which in my own experience has been the most fruitful of all. Students in their fifth year will do a minimum of six-months full-time parish placement and this is not only a part of formation but also discernment too. 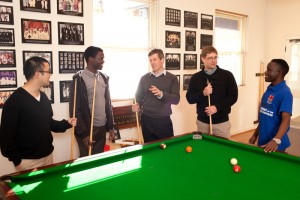 In recent times there has been a real focus on developing preaching skills. At morning and evening prayer one student will give a three-minute homily. The aim is to be clear, concise, and effective. I have personally witnessed the improvement of a number of my fellow students in the preaching skills and it’s great to hear them express their faith.

Liturgical practice at the seminary is fairly relaxed in style. At the same time we regularly travel to St Mary’s Cathedral Sydney to participate in more solemn liturgies so as to have a broad understanding of the Catholic liturgical tradition. Similarly, the music enjoyed at the seminary ranges from contemporary compositions to ancient chant.

The first year of formation is a little different to the normal program. It is called a spiritual year and the goal is to establish a foundation in prayer, self-knowledge, and the basics of the Catholic Faith. Very little formal academic studies are undertaken, with the focus on Catechism classes and studies in the spiritual traditions of the Church. The spiritual year culminates in a 30 day Ignatian silent retreat which was probably one of the most worthwhile things I have ever done. Formation in the seminary tries to tailor the formation according to the needs of the student. For instance if a student is having difficulty with his studies the staff may suggest he study at a reduced workload. Or, if a student is finding seminary life overly burdensome and needs or wants to spend extra time in a parish, his formation program, in consultation with his Bishop, is adjusted accordingly. 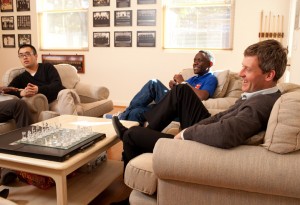 Sometimes students from overseas either have poor English or carry a thick native accent that makes communication difficult with others, especially the elderly. While language and communication is not universally an issue of a candidate’s suitability, it is an issue relative to the local church in which they aspire to minister. The best homily in the world will have no effect if the one giving it is not understood. For this reason students with such issues are given significant time, resources, and professional assistance to help them communicate effectively in an Australian context.

The purpose of the seminary is not only to form candidates for priestly ministry, but also make observations and assess the suitability of a candidate for a life-time commitment in the service of the Church. Seminary life, as well as pastoral placements, highlight not only a candidate’s talents, but also his flaws.

Assessment of a candidate is not made by any one staff member. Periodically each student is reviewed by the external formators, who are staff members other than the spiritual directors and confessors who are bound to maintain absolute confidentiality and hence do not participate in the assessment of a student’s suitability. Similarly the psychologist refrains from commenting on a particular student’s suitability in accordance with professional standards of confidentiality.

A very positive step in the assessment process is the annual peer evaluation. In this process, a student is evaluated by his peers, usually one being nominated by the student being evaluated, and one nominated by the staff. What could be a process of division and vilification is, in fact, a great process of affirmation and honest encouragement. In my own experience, fellow students are extremely generous in pointing out one’s good points while being honest about what you may need to improve. The benefit of the peer evaluation is that it gives the staff a different and quality perspective on a student, since peer-to-peer interactions are constant.

A place of diversity 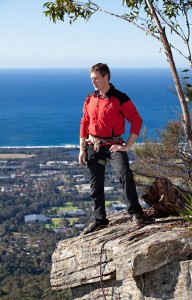 The SGS is an extremely multicultural place. Between staff and students there are over 14 nationalities currently represented, with an even greater number of ethnic backgrounds within these nationalities. There are students from over nine dioceses and religious institutes currently at SGS. There are two religious sisters on the formation staff, with a greater number of women also as part of the ancillary staff. Classes at the CIS are also diverse with priests, religious, and lay lecturers, as well as lay and religious students as well. 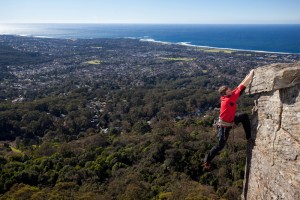 I’ve been blessed to have such rigorous formation at SGS, and I feel it has equipped me well for my priestly ministry.

* Fr. Stephen Varney is a priest of the Diocese of Wollongong.